A haptic interface designed for a self-driving car. Stewart II builds upon the previous Stewart concept that allows for a haptic dialogue between car and driver. The new prototype was fully interactive and was used for research and testing in an autonomous vehicle. The final objective was to design a haptic language that enables intuitive communication between man and machine.

Stewart II is the next iteration of the original Stewart concept developed in 2015. Stewart II can read user input in two degrees of freedom (DOF), and since it is based on a stewart platform, it is able to output in 6 DOF. It uses these outputs to communicate the intentions of an autonomous vehicle whilst listening to user intentions that are expressed through haptic gestures. Both intentions are being communicated through Stewart II and make it possible for the user and the car to have a dialogue about what action should be executed. Its aim is a mutual relationship between man and machine.

Stewart II is the result of numerous iterations in both hardware and software. By using an iterative design process and reflecting by making. The result is a reliable prototype that serves as a research tool for future testing in a car simulator, and potentially an actual autonomous vehicle.

The prototype possesses three communicative properties: location awareness, intensity and mode awareness. By consistent interactions and through the use of virtual fixtures, Stewart II is able to convey expressive haptic feedback and feedforward. All of this is made possible through Stewart’s haptic capabilities and without the need of any visual feedback. 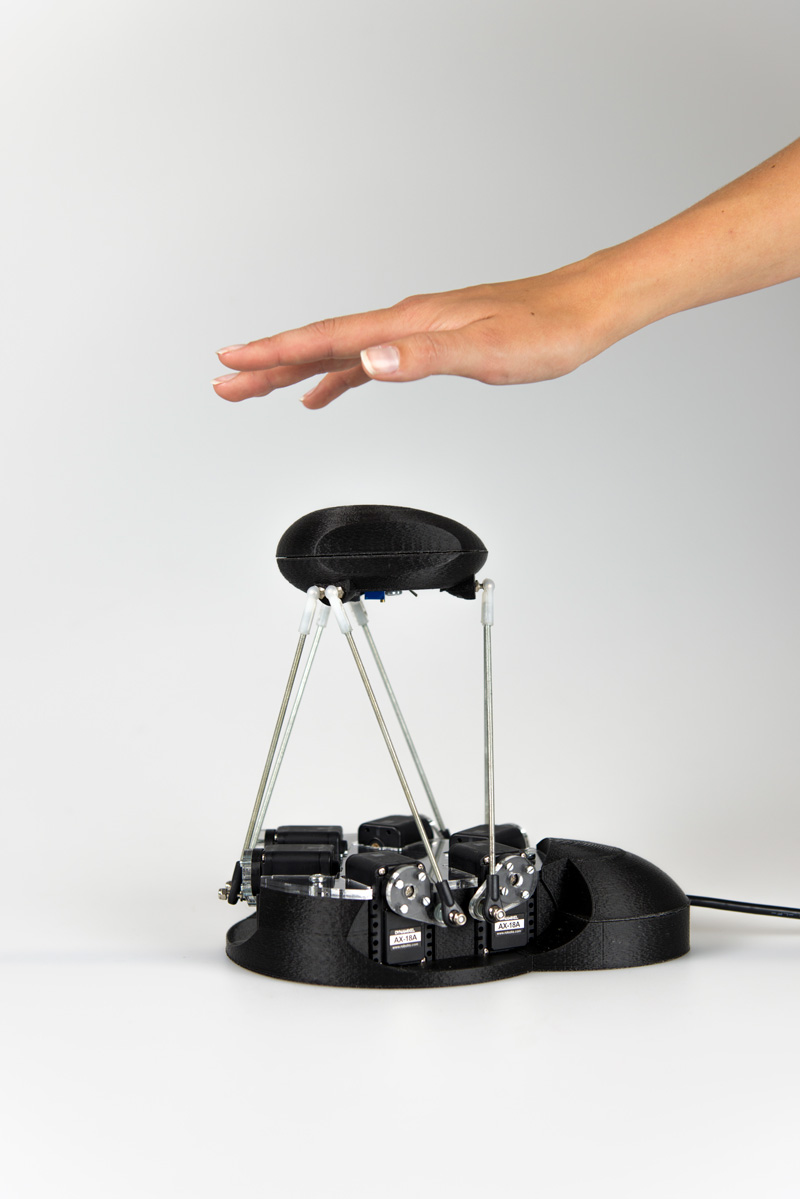 An interface such as Stewart aims to keep the driving experience personal, yet increase safety and efficiency. It should provide a sense of control for the user, especially in difficult traffic situations. Also limited emotional driving should be possible since I believe this is part of the western car culture and will eventually make a better driving experience. 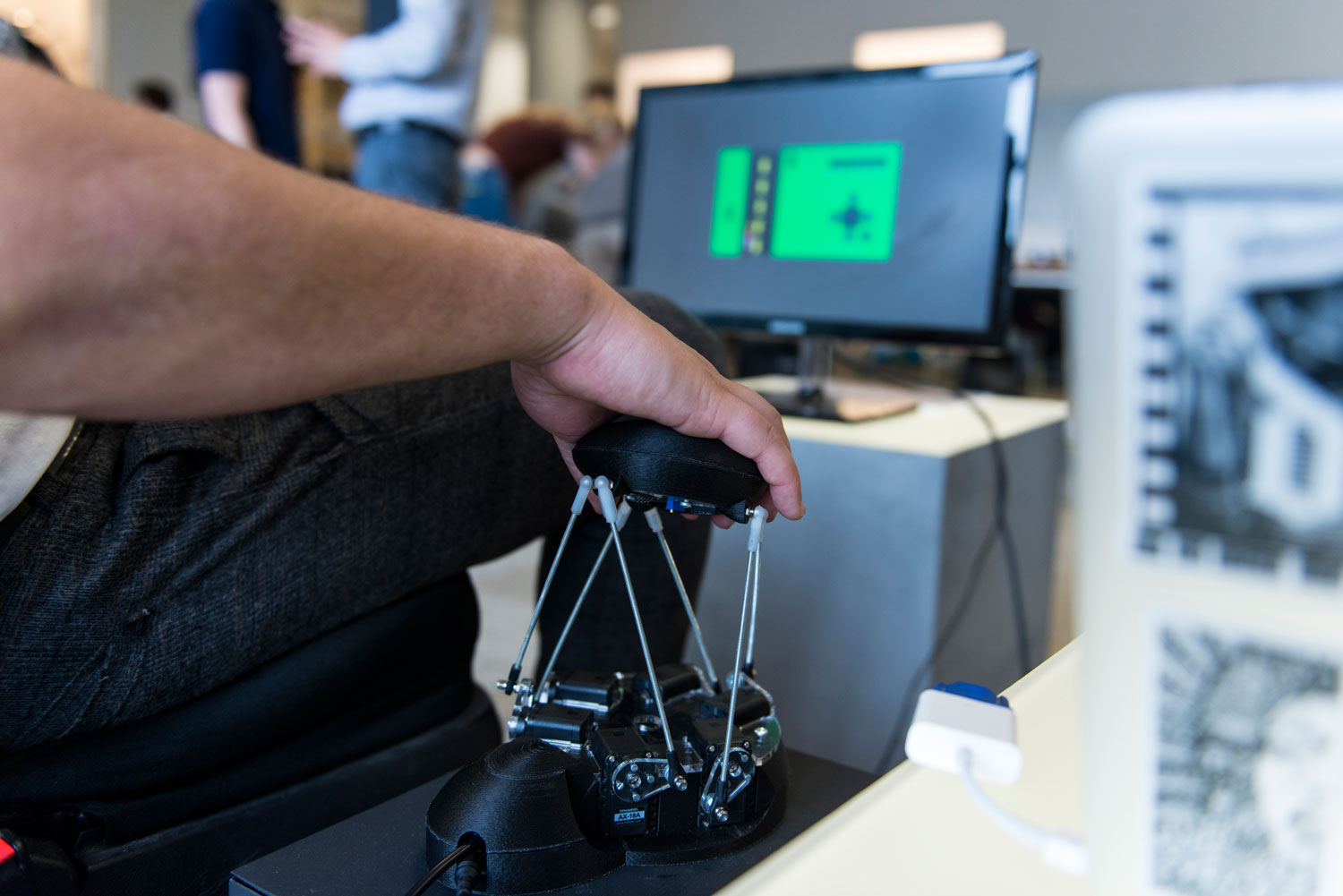 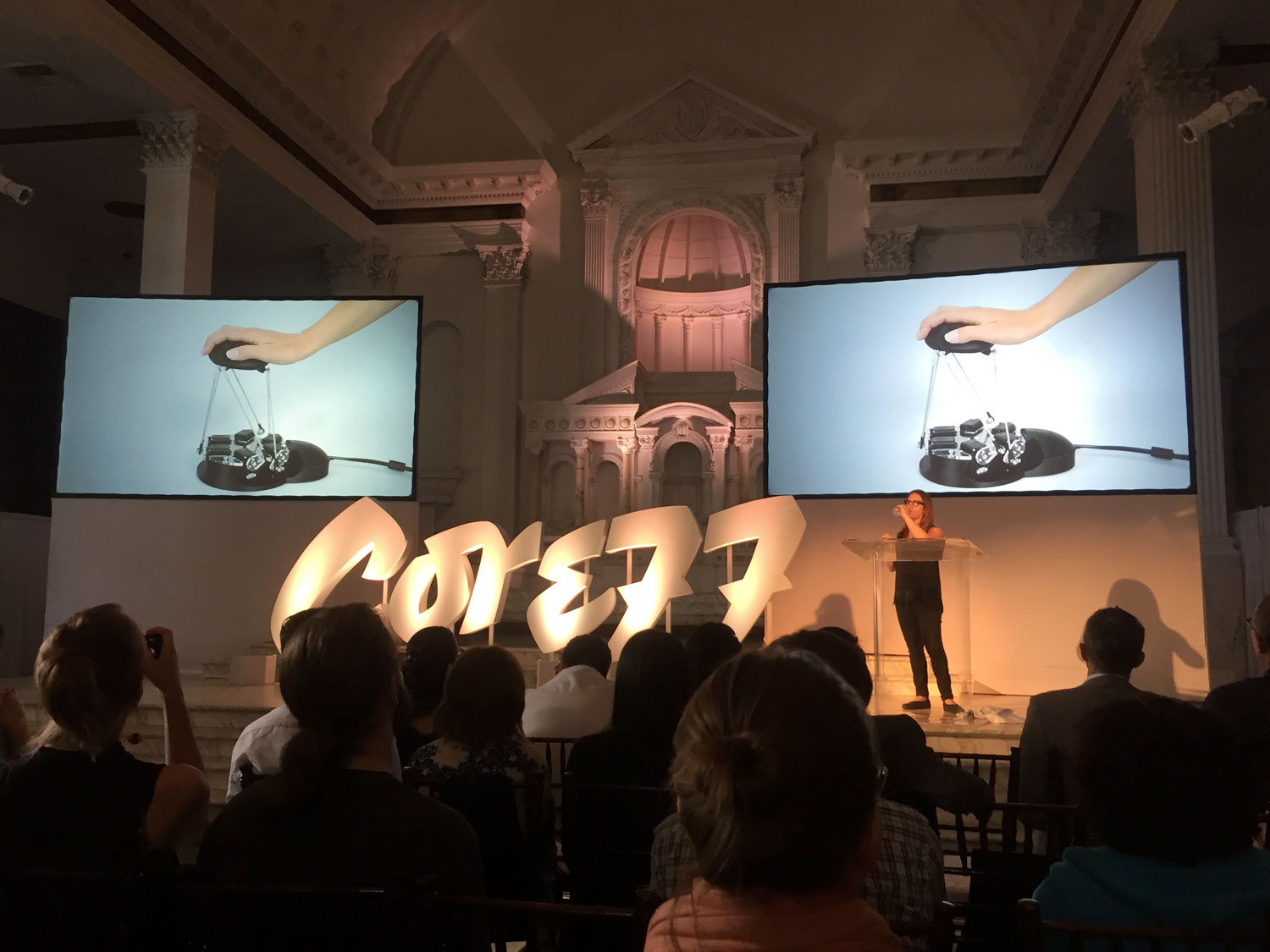